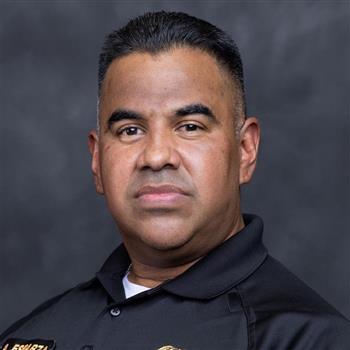 Sergeant Angel Jose Esparza has worked in the Security industry for seventeen years. Mr. Esparza is currently supervising the District’s dispatch/communications center. All of his Security experience has been with the Ysleta Independent School District. Angel’s assignments have included Eastwood, Hanks, and Bel Air High Schools. Sergeant Esparza was also previously assigned to the Department’s Improvement Committee, Special Response Team as well as the department’s gang unit.

Angel has built an impressive resume during his tenure. He has worked closely with numerous area law enforcement agencies and private industries. Sergeant Esparza has been recognized for his assistance with some of these other departments. Previously, Mr. Esparza assisted neuroscience engineers in reading blueprints for medical equipment designs.

Mr. Esparza adores his family as he enjoys spending time with them and exercising in his spare time.