East Point Elementary was one of about 51 teams who participated in the YISD Superintendent's Cup VEX IQ competition on February 22, 2020. Their team, under the direction of Susana Medina, won the Excellence Award which was also the Superintendent's Cup Award! They also came in 2nd place for Robotic Skills and 2nd place for the Teamwork Challenge. Their next competition will be the Texas Region 1 VEX IQ State Championship on March 7, 2020.

The Superintendent's Cup is a robotics competition among all the elementary schools in YISD. In years past, the competition consisted of different challenges. This is the first year that the Superintendent's Cup consisted exclusively of VEX IQ robotic challenges. The VEX IQ Challenge Squared Away is played on a 4’x 8’ rectangular field where two robots compete in the Teamwork Challenge as an alliance in 60-second long teamwork matches, working collaboratively to score points.

We are very proud of East Point's Team N.A.K. and wish them luck. 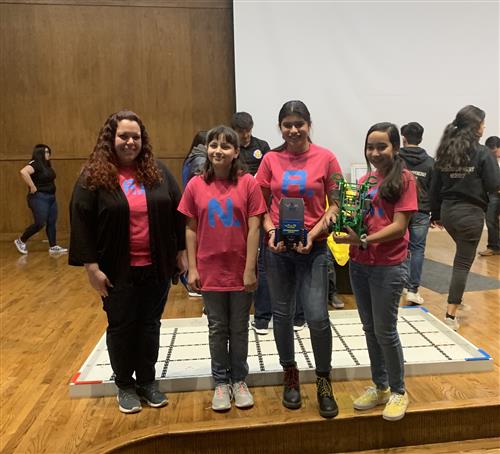