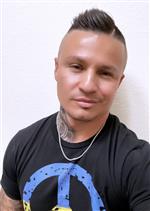 John Vasquez, also known professionally as Johnny Kage has been a staple of El Paso’s radio industry for over 20 years. He is the host for the popular, and highly rated radio show the “Morning Mash” which airs on 104.3 HIT FM radio. He is also a resident DJ for SiriusXM channet13 Pitbull's Globalization which airs nationwide every Saturday afternoon.  In addition, he is one of Pitbull's touring DJs. Kage has countless awards under his belt for his local radio accomplishments and community service involvement and has been recognized by the city of El Paso as one of the most influential voices on radio.

Born and raised in El Paso, Kage is involved in the community by donating his time and resources to non-profit organizations including the Child Crisis Center and El Paso Animal Services, not to mention the drives and fundraisers that he creates yearly to help out families in need during the holidays and a blanket drive during the winter for shelter dogs. He is also a business partner and investor with the GNH Group, a company that brings large festival events to the city. Kage has also sold out 3 drive-in concerts of his own at the El Paso County Coliseum with his "Noche De Juarez" event (a popular 90s throwback party).